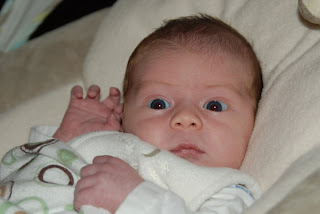 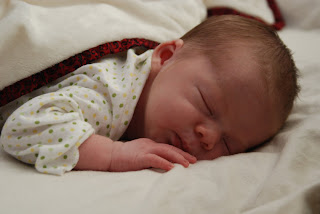 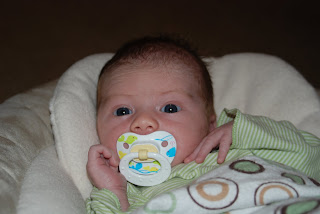 Here I am...I've just been released from jail by Sheriff Brody Ward. Appears that he's got me under lock and key these days, therefore i've had very limited time to post any updates to the blog. Week 3 posed MANY challenges at the Ward residence all because the Sheriff wanted to ensure we knew that HE was in charge. During week 3 there is a toss up of who cried more...Brody or me. We struggled with a very fussy baby due to tummy gas which we believe now was due to some breastfeeding challenges. Last Friday we went back to the lactation consultant and it appeared that Brody was getting more foremilk than hind milk...(ahh yes if breastfeeding isn't challenging enough you have to try and get them a good balance of milk types to fill their tummy). I understand that foremilk is first to come and its like having a salad for every meal (who the hell wants that?!?)...then after that is gone than the rich, fatty, filling hind milk comes which is like dessert (NOW we're talkin'). Appears that i had an excess of foremilk therefore he wasn't getting the hind milk...so he was always hungry which in turn left him fussy and irritable, caused him to cry and ingest air...causing tummy gas...a very vicious cycle.

Shannon said it best..."when you have a baby you meet your match". So imagine what our child is like…he doesn't sleep much (nothing like a newborn)…he's wide eyed and bushy tailed at 3am feeding…he goes from 0-60 in 2 seconds and gets just PISSED off, for whatever reason…and when he's hungry he wants it NOW (Oh the Ward's will know who he get's that trait from!!), he doesn't have time for any dilly-dallying around, super high maintenance and he gets bored easy and likes to be entertained. He also likes to cuddle so much that he refuses to sleep on his back, would rather be held while sleeping and the minute you put him down he's awake...but then again who doesn't like to cuddle.