This was Brody's first week of daycare and he certainly handled it a lot better than I did! I ended up dropping him off on the first day as I was working from home...BIG mistake. I think I said good bye to him 10 times before I actually left. Then I called there at noon to check on him and they said, "he's doing OK however he hasn't slept much"..OK AND HE HASN'T SLEPT MUCH??? That is not what I wanted to hear so the rest of the afternoon I was dying to go get him! I made myself wait until 4pm as I knew that both he and I needed to adjust to the new schedule. When I picked him up he was all smiles which made things a lot easier on me. Each day got a bit easier as Jason did the drop off and I did the pick up. The schedule seems to be working for us as I go to work early so I can leave at 4pm and Jason drops him off around 8:30 in hopes of limiting as much time at daycare as possible!

The best news that came out of week 1 at daycare...BRODY NOW SLEEPS THROUGH THE NIGHT! I of course still have to get up to pump but its much easier on both Jason and I and we are loving our little guys new sleep schedule! 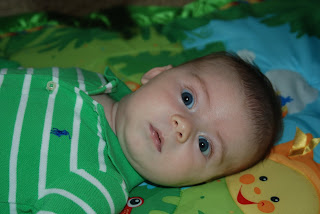 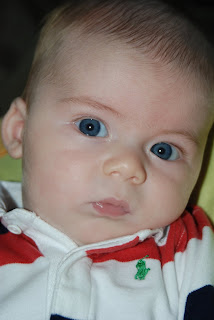 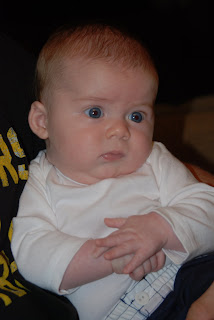 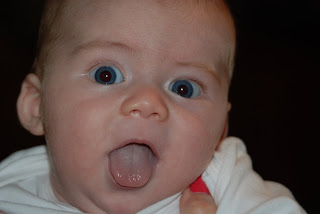