The most exciting thing to report at 15 months is that Brody is WALKING!!! He's still got the Frankenstein walk but he's on his feet. I think over the next couple of weeks he'll get more fluid in his movements but for not he's a little bit unsure of himself! Once he's up on his feet he's got a smile from ear to ear and typically very vocal while he's moving around! He's even gotten to the point where he doesn't want to hold your hand as he can do it on his own! Mr Independent!

We moved to a new pediatrician that's closer to home, I was a bit nervous at first but LOVED the Doc that we picked so I'm very happy and it's only 15 minutes from home! He's right on track developmentally and Dr Manney said he's very happy with what he sees! 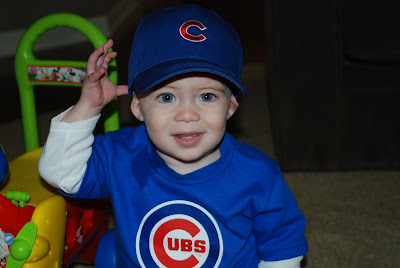 He's likes to put the ball in his mouth while walking, it's pretty funny! 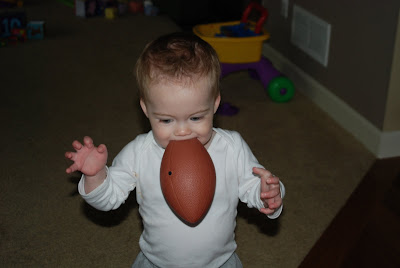 Brody tackled by Dad with the football! 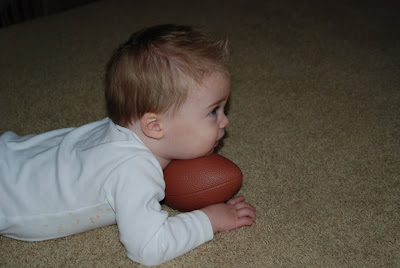