We had the pleasure of spending Brody's first Christmas in Maryland with the Ward clan. My mom and Wayne also joined in on the festivities as well. We had quite the flight getting there, on Tuesday door to door we spent 12 hours due to several long flight delays...on the return (Saturday) it took us 9, again flight delays all due to the bad snow storm! Anyway, it was a spectacular event! I'm going to break out the trip as I have so many pictures that I wanted to post! So here we go:

These photos were from our dinner party at Dr Mike (Jason's college roommate) and Sara's house. We had a wonderful mean prepared by Sara and this was the start of a complete and total pig fest by yours truly...(anyway that's beside the point)! Jason's brother Jack and family also joined in on the fun. Brody got all sorts of attention from the adults and the kids alike! Mike and Sara have 3 boys of their own, so Sara is well versed on boy behavior! 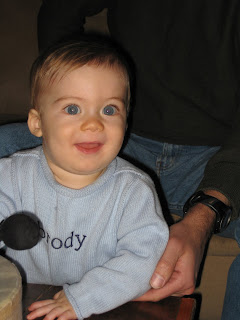 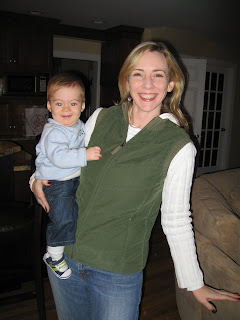 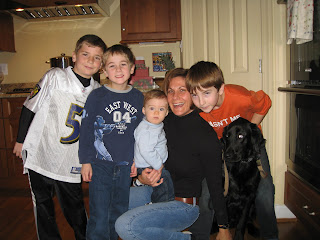 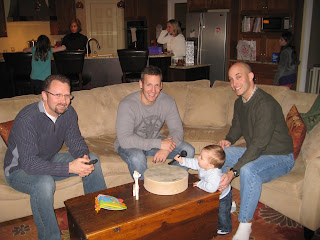