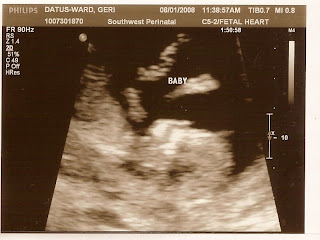 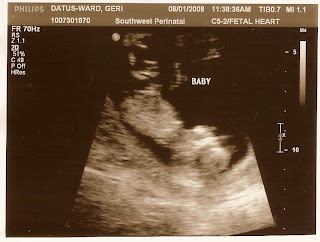 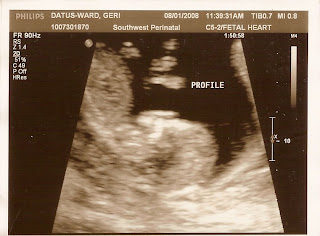 The most dramatic development this week: Reflexes. Baby's fingers will soon begin to open and close, his toes will curl, his eye muscles will clench, and his mouth will make sucking movements. His intestines, which have grown so fast that they protrude into the umbilical cord, will start to move into his abdominal cavity about now, and his kidneys will begin excreting urine into his bladder.

Meanwhile, nerve cells are multiplying rapidly, and in your baby's brain, synapses are forming furiously. His face looks unquestionably human: His eyes have moved from the sides to the front of his head, and his ears are right where they should be. From crown to rump, your baby-to-be is just over two inches long (about the size of a lime) and weighs half an ounce.
Posted by Geri at Saturday, August 02, 2008