So I'm a bit behind on my blog updates but I have good reasons! Last week Jason was in San Fran all week so it was Brody and I solo...being a single parent is no easy job!! It wouldn't have been so bad but on Wednesday I started to feel lousy and came down with a cold, which as you can imagine is not easy to get well when you are getting minimal sleep!!

On Friday I took Brody to the pediatrician for his 4 month check up and she gave him a clean bill of health and was very happy with his growth. He weighed in at 14lbs 14oz (50th%) and 24" long (85th%), as she stated long and lean which is a good thing! Here is a picture of him waiting on the pediatrician. Such a big boy! 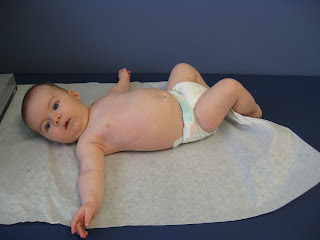 Jason returned home on Saturday and I was so thankful to see him! Brody had woken up in the middle of the night crying and had a temp, so I was up most of the night. Was thinking that it was due to the shots but little did I know that it was more than just his shots. He was still sick on Monday and stopped taking the entire bottle and I had a feeling it was due to an ear infection. So we took him back to the ped and sure enough he had one (mothers intuition they say). You just feel so bad for them as there is really nothing you can do but hold and comfort them. Both Brody and I are feeling much better now! 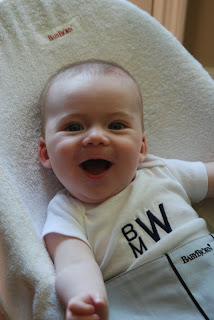 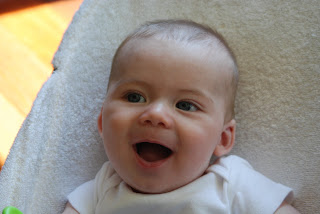 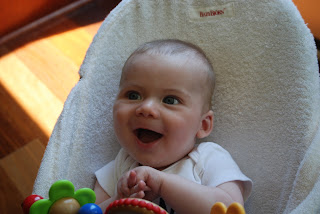